Don't Walk Away In Silence 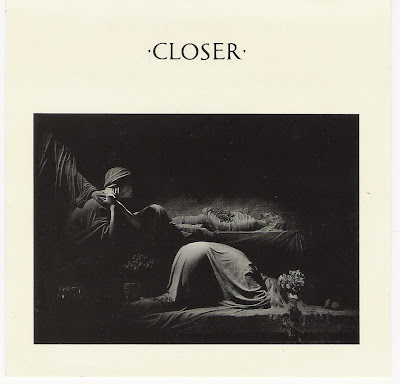 Here are the young men, the weight on their shoulders.

Some youngsters may have become aware of Joy Division through Control, Anton Corbijn’s excellent biopic of lead singer Ian Curtis, but it would be difficult for them to truly appreciate the impact that the band made with their stark, beautiful music.

The film recounted how Curtis hung himself at his home in Macclesfield at the age of just twenty-three. His tragic suicide came just days before the group was due to embark on an American tour and conferred Joy Division with mythical status, even inspiring U2’s “Day Without Me”. The full impact of the tragedy was to be underlined shortly afterwards, for it became evident that Curtis had taken his life at the peak of his creativity. 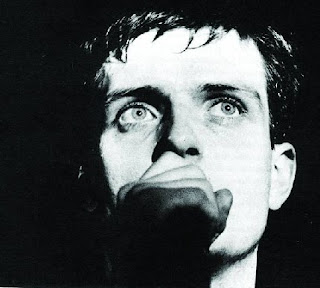 Closer was released two months after Curtis’s sad demise and showed the band at an artistic peak, creating a haunting atmosphere of darkness and despair. The album stands as a fragile suicide note spread across nine incredible songs. Closer is very much the product of Curtis’ troubled, depressive mind with an elegant, funereal quality that only makes the album more poignant. Starting with the elegiac cover that displays a black and white image of figures praying at a tomb, Closer seems resigned to fatality with a vision steeped in deathly fixations – even the title has a menacing double meaning.

Closer was Joy Division’s second (and final) studio album. If the debut album Unknown Pleasures was the catalyst that marked Joy Division’s transition from the punk thrashing of previous incarnation Warsaw, then Closer was their crowning glory with the band at the zenith of their powers. Closer was even more austere, more claustrophobic, more inventive, more beautiful, more glacial and more haunting than its predecessor. It's Joy Division's start-to-finish masterpiece, a flawless encapsulation of everything the group sought to achieve. The bleakness of the music and lyrics only amplified the already strong mystique surrounding the album after Curtis's suicide. 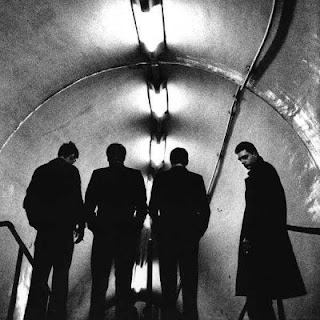 Any band that names itself after the euphemism used to describe the prostitute section of the Nazi concentration camps is likely to have a serious side and there is no doubt that Closer is a gut-wrenching effort with Curtis’s distant voice articulating his anguish over hard-edged, occasionally brutal music. And yet the music is remarkably eloquent and effective, drawing you into its desolate depths. It sounds so important, so vital that it is impossible to resist and ultimately becomes a surprising testament to the life force. It’s an album filled with contrasts, as the bright dance-hall rhythms blend with the dark lyrics, creating a sound that is simultaneously depressing due to the tortured lyrics, but uplifting due to the magnificence of the music What is certain is that no-one could listen to this album and remain unmoved by its emotional charge.

Closer is a record that demands to be listened to in one sitting, as it all fits together like the pieces of a jigsaw. Each track delves deeper and deeper into a world of despair, yet there is a delicate beauty in the shimmering music and Curtis's doleful accent complements the sparse textures created by mesmerizing synthesizer lines and occasional, highly effective, piano. Slow, hypnotic tempos increase the sense of brooding mystery and if the few faster songs provide musical relief, their lyrics prove equally sorrowful. Around the same time as the album, Joy Division released the peerless Love Will Tear Us Apart as a stand-alone single. Although this was probably the finest song of 1980 and covered similar territory, being a haunting account of a fragmented relationship, it just would not have worked on Closer. 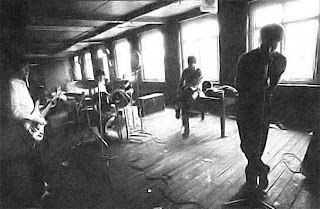 The album’s abrasive opener “Atrocity Exhibition” starts appropriately enough with an invitation, “This is the way/Step inside”, though it sounds more like an entreaty to participate in a nervous breakdown with ferocious drumming providing a thumping, tribal beat, punctuated by strangulated shards of electric guitar, as Curtis paints a picture of degradation and pain, while referencing the work of JG Ballard. “Isolation” is built around a futuristic synth line and dance beat that most closely anticipates the direction that the remaining members of the band would take (as New Order) after the loss of Curtis, though the positive rhythms are juxtaposed with the sadness of the lyrics, “Mother I tried please believe me/I’m doing the best that I can/I’m ashamed of the things I’ve been put through/I’m ashamed of the person I am.”

The dark claustrophobia of the early tracks continues with the self-doubt expressed in the morbid lament “Passover”, as Curtis already sounds like he’s singing from beyond the grave, “It all falls apart at first touch”; and the cry for help in “Colony”, when Curtis accusingly takes on the role of anti-prophet, “God in his wisdom took you by the hand/God in his wisdom made you understand.” ”Means To An End” is a different matter. With its urgent drum beat and descending bass line, this death disco is almost catchy, until Curtis’s accusing tone chills you to the bone. “I put my trust in you”, he declares, his disconsolate voice leaving no doubt that his trust has been betrayed. There’s no anger here, just resignation, which only adds to the impact of the message. 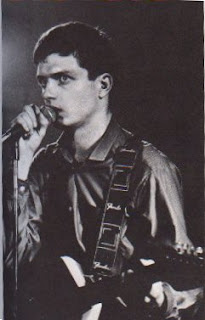 The first side of the LP (in old money) gave Curtis the perfect framework for his highly personal outpourings, but the second side has an even stronger emotional impact, as the remaining tracks pull us along with heartbreaking intensity. The hypnotic, melodic “Heart And Soul” makes you want to dance, but Curtis’s lyrics are once again punishing, as he looks upon the futility of the mortal soul and understands the gravity of what he sees, “Heart and soul/One will burn.”

For me, the centrepiece of the album is the astonishing “Twenty Four Hours”, as perfect a demonstration of the slow, soft build-up and fast, loud release as you will ever find. This schizophrenic song rages at some points, then draws back with exhausted sighs to provide tender, anguished moments, as Curtis allows himself a couple of last glances at the fading vista of existence: “Just for one moment, thought I’d found my way/Destiny unfolded, I watched it slip away” and “Just for one moment, I heard somebody call/Looked beyond the day in hand, there’s nothing there at all.” 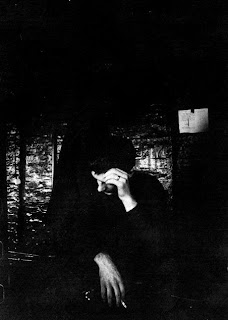 But Closer does not end there. Instead, the funeral march of “The Eternal” with its monochrome simplicity and spare piano line again makes you feel that the end is nigh, “Procession moves on/The shouting is over.” You’re left with the impression of listening to a man watching over his own memorial, voicing his thoughts without anger, with no bitterness, just nothing. It’s utterly affecting.

The album closes with the agonizing, extraordinary “Decades”. By now, you no longer feel that you are merely viewing the nightmare of Curtis’s life, but somehow inexorably you share his feelings of isolation. The swirling synthesizers take you into the very heart of paradise lost, “We knocked on the doors of hells darker chamber/Pushed to the limit, we dragged ourselves in/Watched from the wings as the scenes were replaying/We saw ourselves now as we never had seen”. The song ends majestically, gathering pace before fading out with crashing cymbals and a haunting synth refrain, “Where have they been?/Where have they been?”

The band is on fine, fatalistic form on this album, providing Curtis’s words with driving rhythms and pounding bass lines to create the sense of urgency and pain that the songs required. Peter Hook’s low-slung bass has long been revered, but Stephen Morris’s tight, powerful drumming also gives the music a real edge. Bernard Sumner adds the flourishes, both with his staccato guitar and atmospheric use of synthesizers. It is nevertheless difficult to imagine that these musicians (along with a keyboardist called Gillian Gilbert) would go on to form New Order and become the hugely successful flag-bearers for electronic dance music. 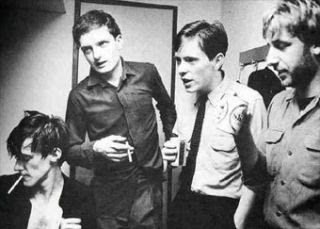 A lot of the credit for the musical style goes to producer Martin Hannett, who "dedicated himself to capturing and intensifying Joy Division's eerie spatiality." Hannett took as many chances as the band itself: differing mixes and moods with many twists and turns. The group embraced space, ambience and an imposing austerity, producing a sound that is both lusher and more sombre than Unknown Pleasures. Their post-punk sound was unique at the time and almost thirty years later, it still sounds like almost nothing else ever recorded.

Of course, their influence can be heard in many groups, most obviously Editors and Interpol, though others like The Cure and Bloc Party must have also paid homage. U2 front-man Bono said, “It would be harder to find a darker place in music than Joy Division. Their name, their lyrics and their singer were as big a black cloud as you could find in the sky. And yet I sensed the pursuit of God, or light, or reason...a reason to be. With Joy Division, you felt from this singer, beauty was truth and truth was beauty, and theirs was a search for both." It’s an impressive legacy from such a small canon of recorded work. 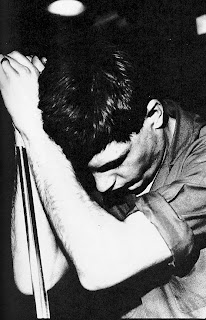 The album is an appropriate epitaph for the lead singer. NME reviewer Charles Shaar Murray wrote, "Closer is as magnificent a memorial (for Joy Division as much as for Ian Curtis) as any post-Presley popular musician could have". Joy Division created bleak, austere slices of suffering that reflected a band utterly committed to their music. There’s a poetry, purity, beauty and sadness to Closer that is incredibly compelling.

Ian Curtis’s descent into despair resulted in the ultimate tragedy, but left us a timeless and essential collection of songs that is guaranteed to move you. He meant it, man.

Posted by The Swiss Rambler at 2:44 PM