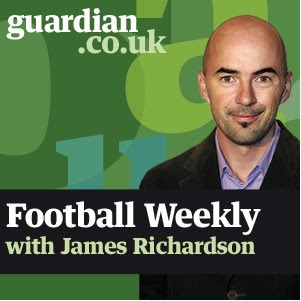 As the new football season kicks off, we can look forward to the television networks broadcasting a veritable feast of the beautiful game. This will obviously be backed-up by in-depth discussion and insightful analysis – not. The spirits sag when you watch Messrs Lineker and Shearer giving us the benefit of their oh-so predictable views and don’t start me on Sky’s unholy trinity of Richard Keys, Andy Gray and the godawful Jamie Redknapp. Talk about the bland leading the bland.

Oh well, at least we can expect a bit more from their radio colleagues, can’t we? Do me a favour. With the honourable exception of Danny Baker, BBC radio sports coverage still resembles an old boys’ club with the same old faces voicing their banal platitudes season after season.

Take Radio 5 Live’s Sportsweek with the obsequious Garry Richardson constantly oiling up to the likes of Richard Scudamore (for the marketing manager’s latest mission statement) and David Gill (for the accountant’s incredibly interesting perspective). Or we could go to the other extreme and get our kicks (sorry) on 606, the football phone-in that seemingly gives every imbecile and half-wit in the country the opportunity to regale the nation with their one-eyed views.

Fortunately we are living in the digital age, where you can find some better stuff out there, such as podcasts dedicated to the wonderful world of football. One of the best of these is the Guardian’s excellent Football Weekly – and it’s free (at least until the Dirty Digger’s ideas of charging for content on the web take hold).

Hosted by the inimitable, pun-tastic James Richardson, the podcast appears twice a week in the football season. This may be a tad confusing, giving its weekly title, so the second show is entitled Football Weekly Extra, presumably so that the army of pedants among the Guardian’s readership can get their knickers in a twist about weightier matters. 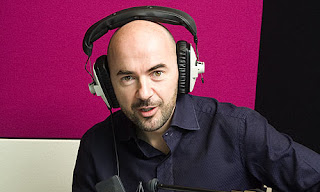 Football Weekly is a quirky mixture of banter, opinionated chat and informative reports from around Europe. Apart from Richardson as the regular host, there is a rotating cast of journalists, who clearly know their football, but are not afraid to speak their mind and express an opinion, however controversial their views might be.

In fact, I would suggest that even though their stance may sometimes be different from that of the traditional sports media, it is usually closer to the majority of football fans. For example, when Chelsea crashed out of the Champions League to a last minute goal against Barcelona, the prevailing (Sky) wisdom was that we had just witnessed a massive injustice, nay a national tragedy, and that all English football supporters would be hugely upset.

Actually, everybody I knew was deliriously happy about this result, especially as the odious Chelsea team had been denied at least two clear penalties. The Football Weekly pod shared our joy, one of the team describing in detail how he celebrated by launching himself across his front room, shirt off his head and fist clenched. Spot on.

The show is noted for its irreverent, often iconoclastic, approach. Although it adheres to a traditional sports chat show format, the presenters are often encouraged to digress, either to divulge marginal information from “the game” or even matters completely unrelated to football. As such, the style and level of discussion is mainly anecdotal, but is none the worse for that.

Despite the flippant nature of much of the conversation, the presenters do manage to sound authoritative and occasionally venture onto more esoteric topics, such as the recent discussion on African football between Jonathan Wilson and Paul Doyle, which are invariably well-informed and fascinating to the casual listener. 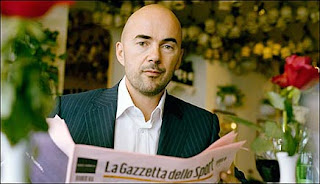 James Richardson is the former Football Italia anchor, who used to illuminate our screens with his views on Italian football, inevitably flanked by La Gazzetta dello Sport and a huge, uneaten gelato. Richardson is an expert pun-slinger:

There’s no Stoke without Faye.

If Fulham are going to start going down at home, can they still be called the Cottagers?

What’s the point of having Cesc, if you can’t exchange bodily fluids?

The biggest title challenge since Danny Shittu tried to write his autobiography.

His style is incredibly laid-back, but resonates with football fans everywhere and it’s a mystery why his talents have not been snapped up by one of the major broadcasters (with all due respect to the late, unlamented Setanta), when the likes of Keys and Lineker have a regular gig. His eloquence and witty one-liners disguise an evident knowledge and understanding of football, e.g. when referring to “Steven Gerrard’s ongoing battle with the forces of gravity.” 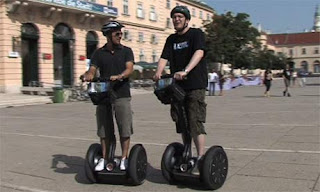 Barry Glendenning is brilliant as the curmudgeonly foil to Richardson. He is a grumpy Irishman, whose off-the-cuff comments and contrary views create an edge to the discussion. Although he antagonises many of the listeners with his forthright, unusual opinions, I think that he is a comic genius whose honesty should be given total respect. Although we still love the game of football, much of the paraphernalia surrounding the sport disgust us, what with the obscene wages, the thick-as-two-short-planks superstars, the WAGs and Garth Crooks.

Glendenning reflects this dichotomy better than any other football journalist. On the podcast, minutes will pass with Glendenning brooding silently before he dives in boots first to savage any pretentious pontificating that he has detected. There is always a particular frisson in the air when he is arguing the toss with Rafa Honigstein, the German Fussball correspondent, and it may only be a matter of time before they come to blows.

Herr Honigstein is actually also good value, providing in-depth coverage of the Bundesliga with a degree of wit not often associated with his fellow countrymen, describing the Euro 2008 Final thus, “Germany completely dominated the game, but then after two minutes …”. He also made a decent fist of answering the question, “what’s the German for Schadenfreude?” 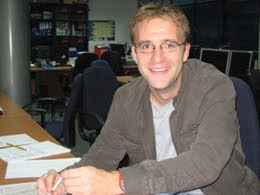 "Sid gives us the Lowe Down"

Although the podcast naturally focuses on the English Premier League, the coverage of other leagues is superb, particularly La Liga with correspondent Sid Lowe phoning in every week with a peerless summary of Spanish goings-on. Sid’s reports are absolutely excellent with his sideways look at the Spanish footballing world and he is not afraid to tackle controversial subjects such as racism – see his article on the Spanish basketball team’s faux-pas when they posed for an advert making slit-eyed gestures. His sense of humour is down-to-earth, such as when he finished off a pointless pod discussion on revelry by describing coffee-flavoured Revels as “bastards”.

Another regular guest is Guardian Sports Editor Sean Ingle, whose frequent, but often unconvincing, analogies are affectionately indulged by both presenters and listeners alike. Best of these was: “coming twice, like Ron Jeremy - no, like Jesus”. His own accounts of his time spent playing Sunday League football (as a goalkeeper) have led to his fellow presenters regularly joking that he has "played football at a reasonably high level.”

His crowning glory came with the legendary nachos story, when he related the experience of a friend in a take-away encountering lanky England international Peter Crouch, who was using his “celebrity” status to demand some free Mexican food. When this outrageous request was granted, he proceeded to stuff his gawky face while chanting to himself, “Crouchie’s having his nachos!”

Other welcome contributors include Paul Doyle, another Irish hard man, who is an expert on French football. His sense of happiness when covering the African Nations championship was a truly joyous thing to behold. Jonathan Wilson is always interesting with his extensive knowledge of, well, all football subjects, though he is particularly expert on tactics, formations, Eastern Europe and, er, Sunderland.

The Guardian’s football correspondent, Kevin McCarra, seems far too polite for the pod, but is worth listening to, when he finally manages to interrupt. I also like Scott Murray, Rob Smyth and Barney Ronay, though frankly find it hard to tell them apart. And, of course, Serie A is covered at length by the professional Italophile himself, Signor James Richardson.

The sense of community is extended with the lively comments section on the Guardian’s web site, where listeners are actively encouraged to have their say. Although attracting its fair share of rent-a-gobs, it is well worth following the reaction to the show here. If a comment is sufficiently witty, clever or dumb, then Richardson might just read it out for the listeners to appreciate or laugh at. Even if the mere presence of a podcast about football should indicate the importance to them of the sport, this show is never going to take itself too seriously.

It’s an intelligent podcast with a sense of humour that’s not going to kiss anybody’s arse: not the clubs, managers, players and especially not the listeners. Just listen to Glendenning’s magnificent response when Ingle tried to thank the listeners during the end-of-season show:

Why? What the hell do they do? All they do is download the pod and then listen to it. There’s no effort there. We put in all the work, dragging our sorry arses into the studio at some ungodly hour.

Don’t worry, Barry. No thanks required. This listener will happily continue to just download the pod and listen to it (with a smile on my face).

Posted by The Swiss Rambler at 3:14 PM