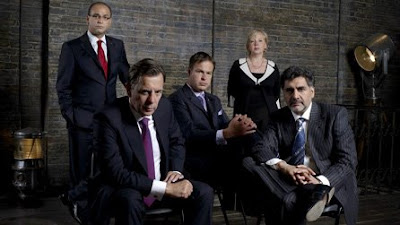 Theo, Duncan, Peter, Deborah, James
So Dragons’ Den is back for another run (series seven for the pedants). The only concession to the credit crunch is a ludicrous new opening title sequence in which the five Dragons stand menacingly in an apocalyptic wasteland in front of a derelict warehouse, as if they are about to re-make Death Wish with a vigilante in a suit.

Although still better than most of the brainless rubbish on television, it does feel like the show might have run its course. The basic premise is well-known: entrepreneurs pitching for investment from the notional fire-breathers, five venture capitalists willing to invest their own money in exchange for equity. Investors backing innovative British ideas with their own hard-earned cash - sounds good, doesn’t it? Of course, the show could alternatively be presented as a bunch of egotistical, tax-avoiding self-publicists being paid BBC licence money to boost their careers, but that would never fly.

The worst thing about the Den is the predictability of it all. Every show follows the same structure as all the others with a series of failed pitches culminating in the last item always securing an investment. Want to know whether a budding entrepreneur will get his funding? Just look at your watch. This series has thrown a curve ball into the traditional script by occasionally letting the first pitch also get some money, but essentially the programme’s editing is unchanged with its obsession on building up to a “big finish”. 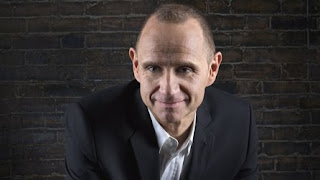 Actually, I tell a lie. The worst thing about the show is its increasing Americanization a.k.a. dumbing-down with a totally unnecessary commentary from wonky-eyed host Evan Davis, taking a break from starring as Gollum in Lord of the Rings.

Yes, I know that, probably because I’m watching the show. The Dragon just said it, I heard it and my brain somehow managed to register this complex point.

Then, we have an increasingly tired series of cringe-making puns, as if the show would like to be Blind Date for businessmen. In the first show of the new series, Evan Davis dismissed some of the more idiotic ideas with some real gems: praising the Polish vodka pitch for having "plenty of spirit"; sympathising with the creator of a horsebox gadget who "had too much riding on her product"; and, for a hangman's noose-style cat collar, quipped, unforgivably: "it fell to Peter Jones to give the catastrophic news." Maybe the Dragons could make better use of their cash by buying some better gags. 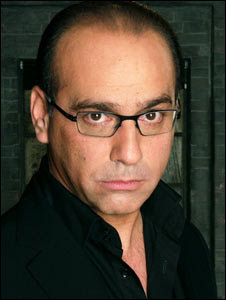 Evan Davis’ contract must also stipulate that every show he has to utter his line that “under the rules of Dragons’ Den, they have to leave with all the money they came for”, as if the rules of this glorified game-show are as intricate as chess. The presenter’s role is completely redundant, so Evan should do us all a favour and take his “face for radio” back to, er, radio.

As for the Dragons, the gang is unchanged this season:

Some other Dragons have fallen by the wayside over the years. Most memorably, Rachel Elnaugh was dropped after her company, Red Letter Days, went into administration. The BBC rightly believed that a failed business person would lack credibility on a business programme, though that did not stop Elnaugh attempting to cash in on her failure by writing a book about "the entire business life cycle and the kind of lessons you learn along the way - through bitter experience”. 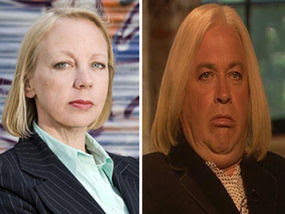 The luxuriously coiffured Richard Farleigh was more unfairly booted out, despite making more investments than the other Dragons and standing out by always trying to offer constructive advice to contestants, even when not interested in investing. Maybe his departure was due to clashes with other Dragons (step forward, Jones), who were jealous of his magnificent 80s barnet. From the early days, we have also lost Doug Richard, who was considered too American (probably because he is American), and Simon Woodroffe, who was just too boring.

The fact is that the Dragons take themselves far too seriously now, even their tedious light-hearted “rivalry”. It’s clearly one big ego trip for them now. We even have spin-offs with a series of ditchwater dull profiles of each Dragon with heavy emphasis on their house(s), yachts, cars, etc. Yes, we know you’re rich, but there’s no need for the BBC to flaunt your wealth any further.

It’s obvious that the Dragons absolutely love their new-found celebrity. That can be the only explanation why the incredibly self-satisfied Peter Jones can be seen making a complete fool of himself in adverts for British Telecom and moneysupermarket.com. You would have thought that he would have learned his lesson after his experience presenting Tycoon, when the show was moved from the prime time slot after just two episodes due to poor ratings. Dragons’ Den has become so much more about the Dragons and their burgeoning light entertainment and philanthropy careers rather than the original concept of entrepreneurs and eccentrics. 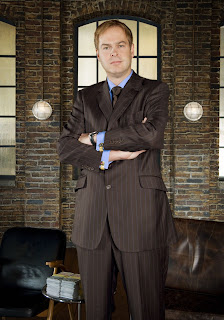 In some ways, the show seems to exist only to illustrate the shallowness and fragility of the British economy. Instead of genuine invention and creativity, we are increasingly subject to some song and dance routine that could just as easily feature on the latest Cowell money-making exercise. Even the excellent Reggae Reggae Sauce would probably have not got any funding without Levi Roots serenading the Dragons. This series we have already seen pitches for a musical about Dusty Springfield and “live action hardcore horror entertainment” called The Sickness, which basically seemed to be a bunch of students and dancers shambling around in bloody rags. More successful were the young women from the UK’s largest, ahem, “experience company” which had the male dragons falling over their wads of cash to invest.

By the way, why do the Dragons need to have piles of cash sitting on the table in front of them? I know what money looks like. Maybe it’s their own subtle comment on the safety of the banking system. Or maybe the show is just incredibly vulgar. How can all that money be flashed around and yet leave it feeling so cheap? 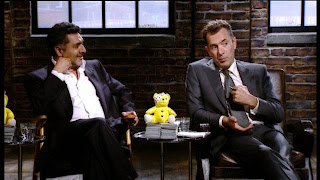 "Just wait until you see my new haircut"

Of course, the Dragons are not the only guilty ones. By now, you would have expected the contestants (sorry, entrepreneurs) to have mastered the game. There are only so many questions that the Dragons can ask. I could helpfully split this into three categories: financials, patent and tell-me-about-you. That’s it, really. OK, the financials could be split into revenue, profits, cost, debt, but it’s not as complicated as you would imagine when watching these rabbits caught in the headlights.

The other point about this “reality” show is that many of the deals are often not completed after the programme is shot. Both parties then enter into a period of due diligence, where deals can fall through. Whether this is because the entrepreneurs have not told the truth or because the Dragons pull out over minor technicalities is open to conjecture.

Either way, Dragons’ Den has gone stale. Any drama and mystique it once possessed has long since been edited away in the BBC’s quest to shove every programme into the light entertainment box. It’s way past its sell-by date and for that reason, I’m out.

Posted by The Swiss Rambler at 1:09 PM