Arsenal - Half The World Away 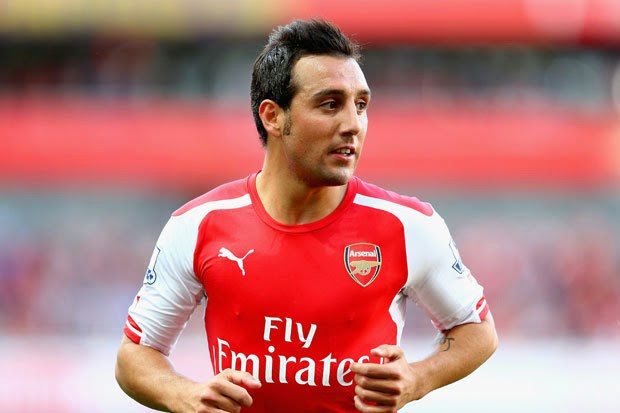 Profit before tax of £11.1m was almost entirely from the football business £10.8 million, as there was “minimal activity” from property development £0.3 million. 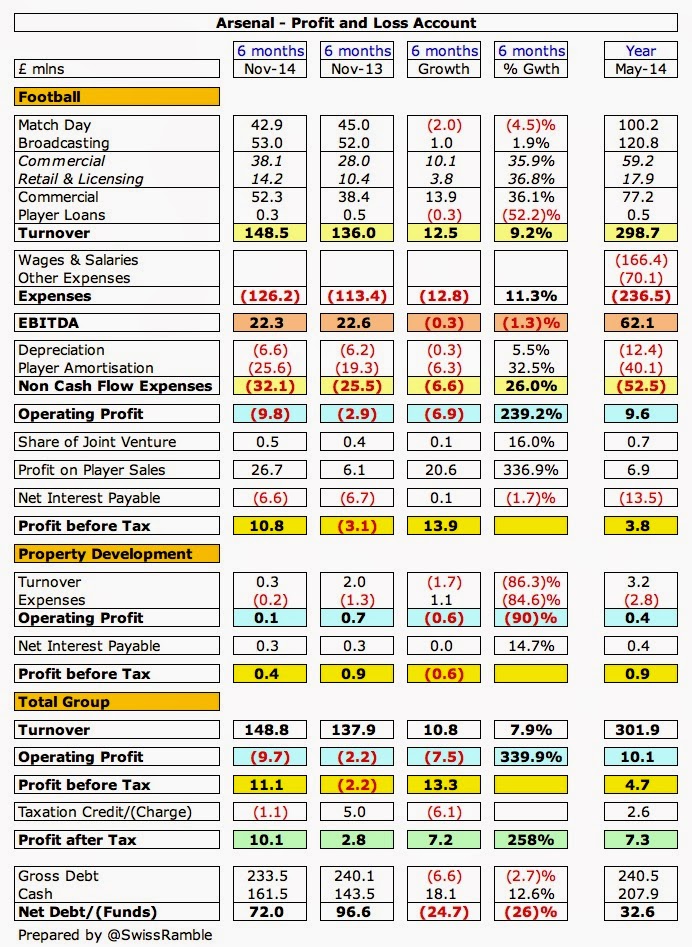 The main reasons for the £13 million improvement in profit are: £21 million more profit from player sales and £14 million higher commercial income, partially offset by £19 million higher expenses due to “significant” investment in the playing squad (wages £13 million, player amortisation £6 million).

Profit on player sales rose from £6 million to £27 million, mainly due to the sale of Thomas Vermaelen to Barcelona and the net proceeds of canceling the option to reacquire Carlos Vela.

Commercial income grew by an impressive 36% or £14 million (following 39% in the prior period) from £38 million to £52 million, mainly due to the new kit partnership with PUMA, but also helped by good progress in secondary partnerships.

Match day income fell by 5% (or £2 million) from £45 million to £43 million, largely because the Brazil World Cup restricted the pre-season tour to a single overseas fixture against the New York Red Bulls.

Broadcasting income was largely unchanged at £53 million, as the Premier League TV deal is in the second year of a three-year deal, while the Champions League is in the final year of the current UEFA contracts. Assuming Arsenal qualify for next season’s Champions League, there should be growth arising from the more lucrative BT deal, while there will be significant growth from the new Premier League TV deal in 2016/17.

There was significant investment of £93 million in the squad with the summer acquisitions of Calum Chambers, Mathieu Debuchy, David Ospina, Alexis Sanchez and Danny Welbeck. The total transfer expenditure for the year will be over £100 million once the purchase of Gabriel from Villarreal in the January transfer is included. This will have pushed up the wage bill, but the figure is not divulged in the half-year statement (it was £166 million for the 2013/14 season). 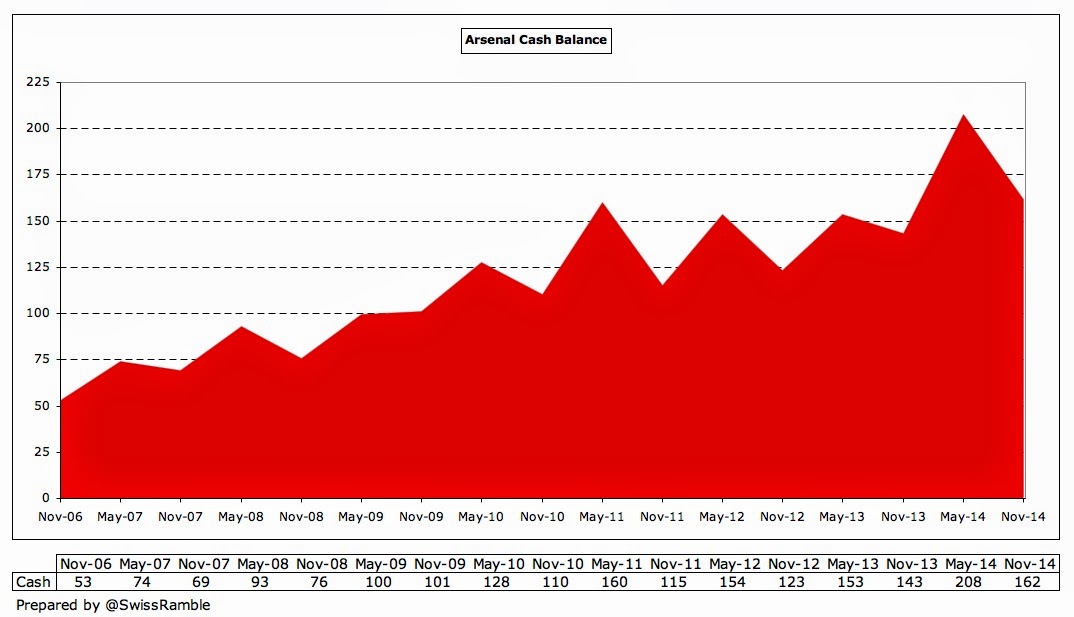 The November 2014 cash balance of £162 million is £18 million higher than the same month in 2013, though it is £46 million lower than the £208 million reported in the annual accounts. The May balance is invariably higher than the November figure, as it includes season ticket renewals.

Although the cash balance is still on an upward trend, two points should be noted: (a) the club has to maintain a debt service reserve of £23 million; (b) the amount Arsenal owe to other clubs for transfers has increased from £38 million to £83 million.

Arsenal had to pay £13 million to service the debt, which was around the same as the prior period. On an annual basis, the club paid £19 million in 2013/14.
Posted by The Swiss Rambler at 5:27 PM